Since 1997, more than a dozen brave, intelligent dogs have served as K9 officers for the O'Fallon (MO) Police Department. From Ordi to Bear, take a brief look through the OPD's K9 history and pay homage to the dogs who gave it their all while serving the community. 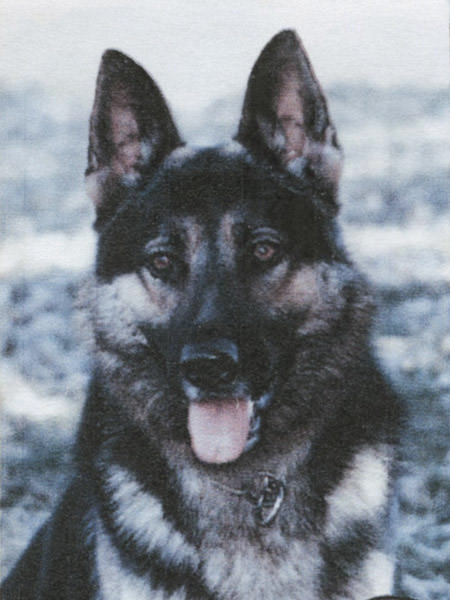 K9 Ordi was imported from Budapest, Hungary, when he was 16 months old. He began his career with the O’Fallon Police Department in March 1997. He was trained in the areas of tracking, building search, area search, evidence search, suspect apprehension, and handler protection. He was certified in drug detection. K9 Ordi earned numerous awards at the annual United States Police Canine Association’s regional field trials to include: 1st Place Obedience, 1999 and 2000, 1st Place Combined Search, 1999, and “TOP DOG” or 1st Place Overall, 1999 and 2000.

He also competed at the national level against 163 other dogs in 2000. There he placed 4th in Obedience, 3rd in Combined Search and 14th Overall. K9 Ordi was awarded the USPCA Catch of the Quarter for tracking and apprehending a car thief in September 2000. K9 Ordi’s drug detection skills have been used to seize more than $100,000 worth of assets for the DEA and St. Charles County Drug Task Force. 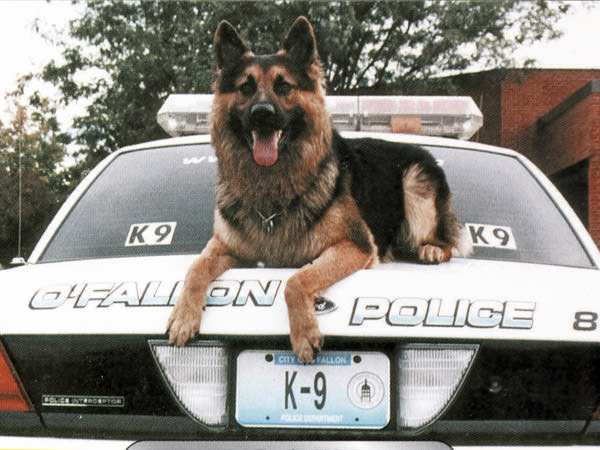 K9 Rex was imported from the Czech Republic at 13 months old. He was trained in suspect apprehension, handler protection, tracking, building searches, evidence recovery and area searches. K9 Rex competed annually in the U.S.P.C.A. Patrol Dog Trials and in 2002, place 7th in the nation. In 2004, he placed 1st in region (16) as the top patrol dog in Missouri and Illinois. In 2004, he was awarded Catch of the Quarter for tracking and apprehending a suspect an armed burglary suspect who fled into a forest with night vision glasses. 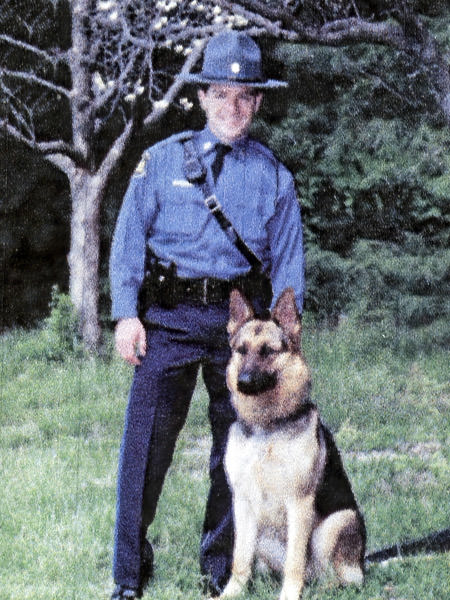 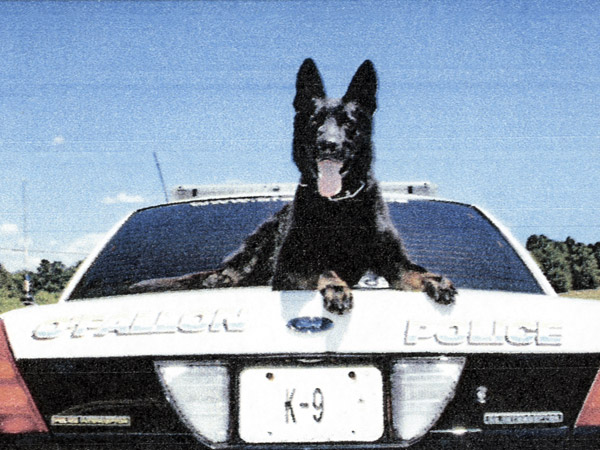 K9 Titan was a patrol/narcotics dog. He was trained to search for and locate suspects that choose to run and hide from the police after committing crimes.

He was born in Holland and began his career with Officer Nick Johnson and the O’Fallon Police Department in November 2011. K9 Titan retired in 2012. 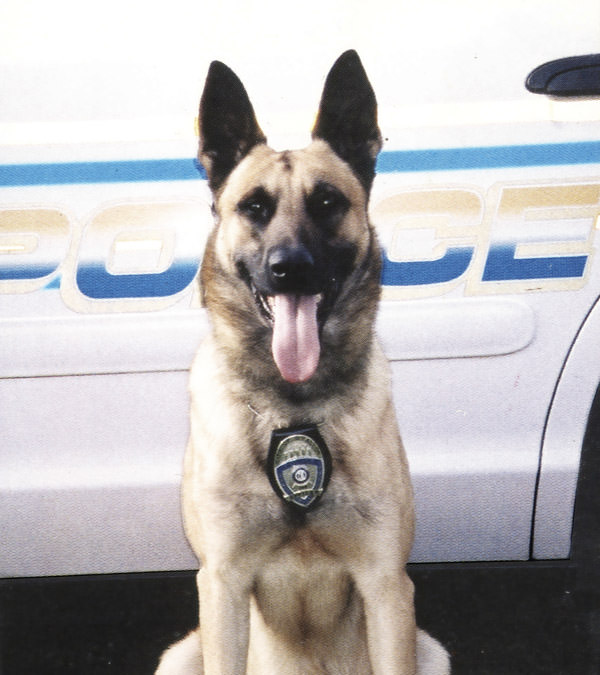 K9 Rocky was a Belgian Malinois. He was born in 2001, and imported from the Netherlands in 2003. He began working with the O’Fallon Police Department in 2003 after graduating from the Top Dog K9 Academy located in Evansville, Indiana. K9 Rocky’s duties included narcotic detection, tracking, criminal apprehension and evidence recovery. 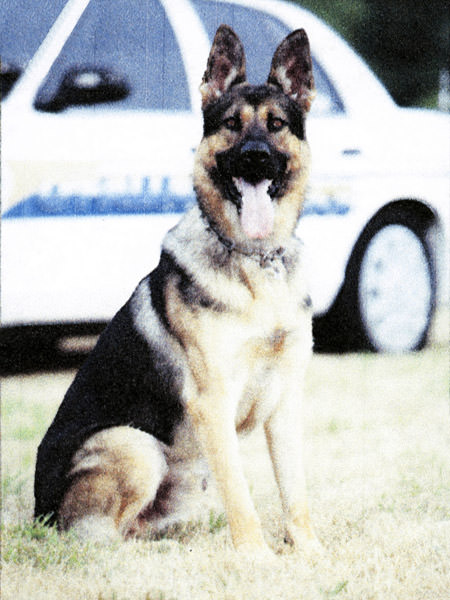 K9 Ares began his service with the O’Fallon Police Department in November 2010. He and handler, Officer Thomas Thompson, attended the Top Dog Canine Academy in Evansville, Indiana. In the Academy, the team trained in narcotics detection, tracking, criminal apprehension and most importantly, obedience. 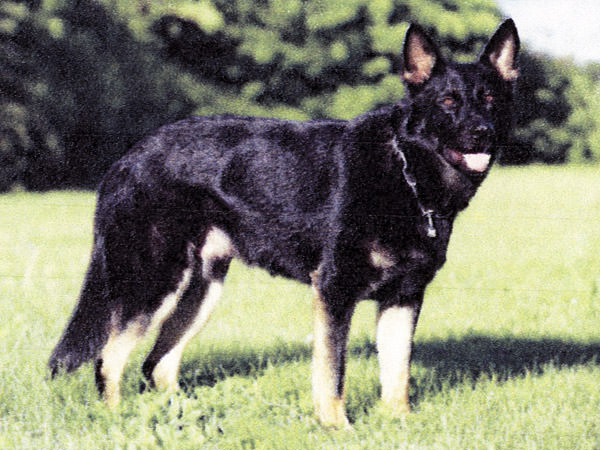 He was born in Ukraine and began his career with Officer Michael Aronson and the O’Fallon Police Department in January 2013. K9 Talos retired in 2020. 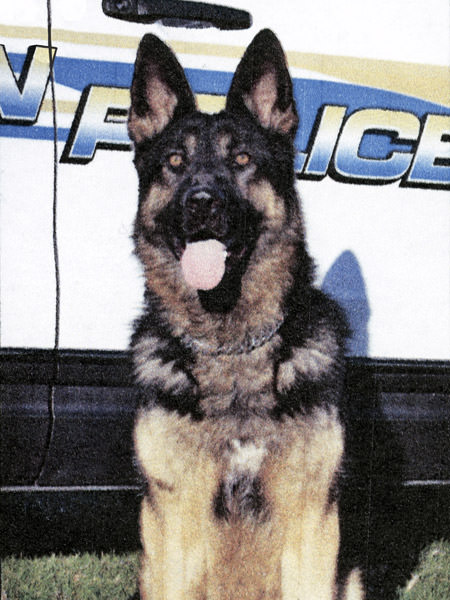 K9 Odin was a patrol/narcotics dog. He was trained to search for and locate suspects that choose to run and hide from the police after committing crimes. He was born in the Czech Republic and joined the O’Fallon Police Department in 2013, where he partnered with Officer Matthew Frkovic. He is a playful dog and loves kids. 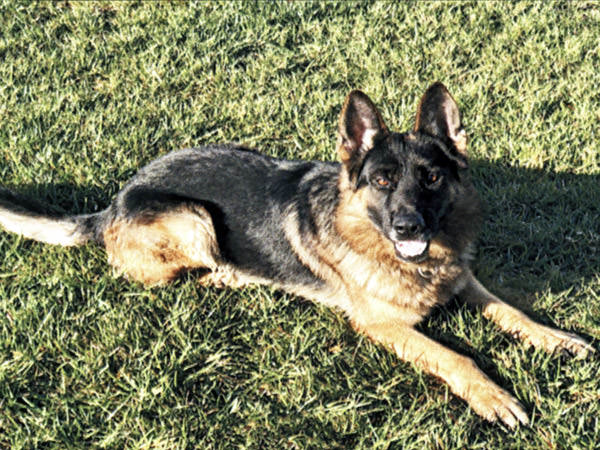 K9 Griz is a patrol/narcotics dog. His patrol duties include tracking, apprehensions, handler protection, area searches, building searches and article searches. He was born in the country of Belarus and joined the O’Fallon Police Department in 2017, where he is partnered with Officer Dominick Misuraca. In his off time, he enjoys playing fetch and belly rubs. 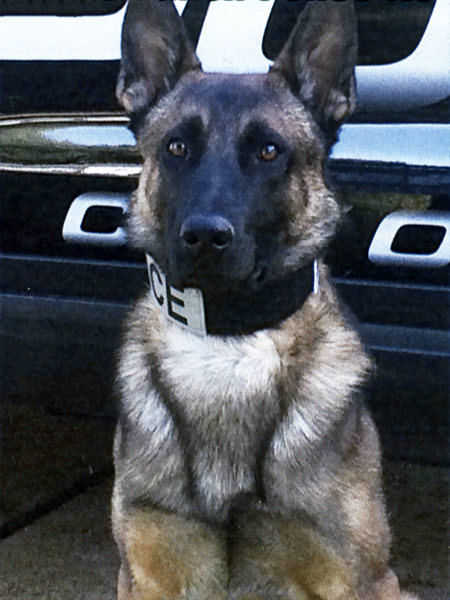 K9 Vegas is a Malinois/German Shepard mix from Belarus. He is a 20-month-old dual-purpose patrol/narcotics K9. He joined the O’Fallon Police Department in July 2019 when he was partnered with Officer Vegovisch. K9 Vegas is friendly and loves attention until it’s time to find the bad guy. 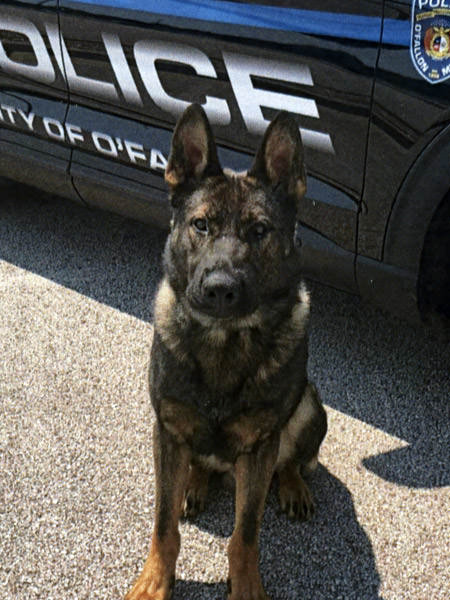 He was born in the Czech Republic and joined the O’Fallon Police Department in February 2021, where he is partnered with Officer Adam McClenning. K9 Bear enjoys listening to country music on his days off and has never turned down a belly scratch.

Learn more about the K9 Program